Greetings from the desk of Preethy Kurian.

On Friday 17th May, I shared a prophetic word from the Lord at Capstone Church’s 10 year anniversary celebration.

Surely the Lord God does nothing, Unless He reveals His secret to His servants the prophets. – Amos 3:7

When I asked the Lord, what is the prophetic word for Capstone Church,

Now the angel who talked with me came back and wakened me, as a man who is wakened out of his sleep. And he said to me, “What do you see?”

So I said, “I am looking, and there is a lampstand of solid gold with a bowl on top of it, and on the stand seven lamps with seven pipes to the seven lamps. Two olive trees are by it, one at the right of the bowl and the other at its left.” So I answered and spoke to the angel who talked with me, saying, “What are these, my lord?”

Then the angel who talked with me answered and said to me, “Do you not know what these are?”

So he answered and said to me:

“This is the word of the Lord to Zerubbabel: ‘Not by might nor by power, but by My Spirit,’Says the Lord of hosts. ‘Who are you, O great mountain? Before Zerubbabel you shall become a plain! And he shall bring forth the capstone With shouts of “Grace, grace to it!” ’ ”

Verse 1 – The Lord awakened me

I believe that there will be a spiritual awakening of the church in our land. I find it interesting that Zechariah would have thought in himself as awakened, until there was a fresh awakening.

This is our time for a fresh awakening.

WHAT DO YOU SEE

When asking for an insight into the next season, God spoke to me through olive trees, which was later confirmed by an email from someone who visited our church and also receiving an olive tree in the post! I previously had one olive tree and now the two are sitting side by side.

THE SIGNIFICANCE OF OLIVE TREES

1. Continued Exsitence – Your prayers do not die!

With an olive tree, even if you cut the trunk of the tree down, any shoots that are there will grow and bear fruit. Every prayer you made or atmosphere you shifted, its seed will remain in the ground and the fruit will come. There is a move of God that can’t be stopped.

2. Lasting effect – This move of God will be multiple generations bearing fruit

We are coming into a season of accelerated and established growth God says the Church is going to have many branches that extend out. The key is to remain connected to the root of Jesse, that is Jesus Christ.

4. Healing – There will be release of supernatural healing in the next move of God –

Olive oil has many healing properties. May the Lord release creative signs and wonders through each one of us.

5. Flourishing in the house of God-

Not only is the olive tree one of the longest living trees but also a flourishing tree. This prophetic word is for everybody that when you are planted in the house of God, there will be a supernatural flourishing that takes place- Psalm 52:8

So he answered and said to me:

“This is the word of the Lord to Zerubbabel: ‘Not by might nor by power, but by My Spirit, ’Says the Lord of hosts. Zechariah 4:6 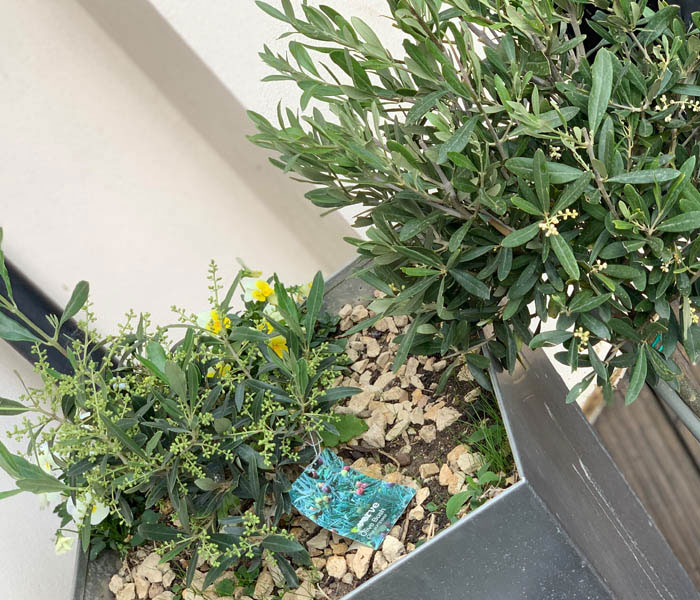 WHAT IS ABOUT TO HAPPEN

God is giving you models of influence to impact the mountains set before you. In the next 10 years, many will rise up in ministry. In 2029, we will come back together to see the fruit.

God is going to ask you to dream, and he will give you interesting dreams, he will give you different perspectives. Like Paul and Peter. Paul should’ve gone to the Jews and Peter to the Gentiles, but God sent them differently. Dreams are God’s language. DPR. We all must get into the habit and centre ourselves around God’s rhema words. I hear God saying to DPR, that is, Dream – Pray – Release! We want to stand together with you, but it is your responsibility to dream it, then to pray it through until you are able to build and release your ministry. God of Paradox, there will be different expressions of heaven.

This is going to happen to and for everybody willing to be led by the Spirit of God. There is a calling to raise up ministries in Capstone. There will be a release of different offices in this season. Many people will be jet setting around the world. God said New Zealand, and continents are going to start opening up. Capstone will be a hub of connections that span from one side of the globe to the other.

Also, in the next 2-3 years many people will receive impactful prophetic words. If there is something released, we must guard that person. The word of the Lord indicates where they are heading. We want to guard prophetic words. We have responsibility to ourselves and others. I believe God has blessed us with the grace to do this.There is a shift towards corporate evangelism, it is coming back. Rekindling of that fire. God says this will be a house of build and release, it will be an Antioch house. There is a call of Antioch. Build and release. To see people, walk in the fullness of their calling. Time for the church to build and release. I saw arteries and veins –to go into the intimacy of God, the Heart of God and then we will go out and take the intimacy out.

The call for the Corporate House – God is calling us to be aligned together. God will realign and awaken – “get out of that slumber” ‘Wake up what do you see?!’ Be ready to catch your own wave, if somebody is on a wave no need to jump in. There will be a divine alignment and a partnering with Godly relationships. Every minister who came, every person who has been part of Capstone has brought us to where we are at now. We have all built the foundations that have led us to this point. Capstone started as a dream, an extravagant one that has been shaped and moulded throughout the years. It had hours and days of prayer before we released it to God, and He has built it from there. We are called to build like the Antioch church, to pray, build and release.

The next 3 years are pivotal for the nation. Things that are held up in the nation, will change by October 2019. We need to pray for our country, and if we go to another general election than we need to pray for the right people to come in. Strategic alliances will come into place, let us pray into that. The UK will not be in a famine, or shame, but we are entering into a time of exaltation. When the city will have prosperity, then we will have prosperity. Jeremiah 29: 7. Pray.

THERE IS A CALL TO ARMS